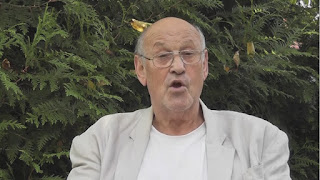 Bruce: Welcome everybody back to the Big Call. Quite a bit has happen the last 5 days or so. I am going to recount what I have heard. The sources we have on the call generally find information that isn’t everywhere else. Generally speaking what I get is information particular to certain transactions to take place could be bond trading, currency. We are able to get an inside look on some of the transaction are, and based on that determine where we are as far as Tier 1, 2, and 3.


Bruce: Welcome financial institutions especially those first time listeners. Special welcome to our international listeners. We are thrilled we are getting audience outside the United States.

Financial institutions know the lead bank is Wells Fargo bank in the transactions. With them working in conjunction is HSBC and AIIB, People Bank of China who is fronting the resources for all the transactions we are doing and looking for. Canadian partners are Royal Bank of Canada, Scotia Bank, TD. Also Latin partners, Moca Pocia Bank, Banamex Bank, also where ever HSBC is. Also, for our friends over in down under in Australia and New Zealand, ANZ Bank, and other banks down there.

Bruce: What is interesting we know currency appear on Forex and other sites amateur type sites you can look at rates. Today the rates we are looking for the new currency rates are on the Forex but not visible for us in the United States, but visible other where. If people can try to do is to get through the whole transaction, it comes up with pending notification. What is new about that is before the currencies that we were talking about were not even on the Forex with the new bank or screen rates. 3 different rates we talked about, now down to 3 rates, was 4 rates. The 3 rates are: 1st Rate) Screen, bank, or market rates, all 3 basically the same thing. 2nd Rate) Usually up but not always could be below screen rate, the rate when you have an agreement or contract. Those rates are generally higher, part of a contract you sign. 3rd Rate) Use to be sovereign rate but now known as Privately Negotiable rate. Negotiable rates are on all the currencies not just the ZIM. Those 3 rates primarily are what we are talking about. There is a sovereign rate geared toward sovereign nations or countries. That rate has been extended to them. That is a rundown of those different rates.

Bruce: We are in a situation where the actual market rate is quite high, more than we ever thought. If you have plans to do humanitarian projects or major hiring of people, job creations that is where you can present that at the time of your redemption and negotiate the higher rates. If you have no intention of doing nothing for humanity, ministry, job creation, saving business, then the screen rate would apply to you. My understanding is that is sort of the rate the public would get when they would come in when it is their time to exchange. The Forex for us should be visible in the vicinity of November 2. The Public, the John Q public, those not watching this, not paying attention to calls or blogs, someone who was gifted, I understand they may start around the same time around November 2. They would use the normal banks that do currency exchange. Those of us paying attention on this call know there are redemption centers, those locations are in the vicinity of 6800 in North America, in US and Canada, not including Mexico headed by Wells Fargo in conjunction with Abbott Downing. Also Chase Bank, Bank of America, Citibank. For the most part the exchange locations, redemption centers have been put together operating under Well Fargo and Abbott Downing particularly to help us with the ZIM exchange. When it comes to the ZIM, the rates are quite high. The ZIM is the main situation because it is a currency for us but really a bond so much value than we thought. Those who have that currency well do quite well when it comes to their exchange for those bonds in the redemption center.

Bruce: The banks are all set, lock down security. Everything is in a go mode. What we are looking for is a toll free number to call set appointment very organized and orderly to do our exchange at an appointed time. Not quite sure how it will come about whether by call, or text or even a link or go to this site for further information situation, not sure how it is going to work. We can respond quickly to that to set our appointment. ZIM holders preference to get in and out of the redemption center.

Bruce: What is happening around the world in some of the North America countries is the concept of parity. Parity or being on par with, parity of the Canadian dollar and Aussie Dollar, maybe parity between the Swiss Franc with or about to be on par with the USD. Maybe the Euro and the British pound will also find parity with the dollar. Seven currencies are about to be on par with the US dollar. The dollar has gone up, gone down. USD had an USD index of 93 then up to 99. We are right there. Major currencies of the world coming together being on par.

Bruce: The UN operational rates coming up again to take in effect November 1. At the end of the month they adjust then are visible on the first of the next month. The Forex is visible around the world but not here in the United States. The John Q public should start at the same time around November 2.

Bruce: Where does that put us? A waiting mode to expect the toll free number at any moment between now and then. Could be right away or slight delay. We are right where we need to be to be done before John Q begins. I think that is the timing they intend with the information I understand. Some of the major humanitarian funding people are suppose to be liquid about now tonight. Other people in Tier 3 have full access to their accounts and funding for their humanitarian projects. We heard that this morning. Tier 3 is wrapping up. In the overall scheme of things Tier 3 is complete.

Bruce: With that, we understand a lot has happened. A lot has occurred. I can’t go into a lot of detail. For example in Iraq yesterday now the Iraqi dinar is being traded and trying to get value up. Also the Iranian Rial reinstated their rate. The Dinar and Rial should go together at a value rate. The dinar information was printed in the Gazette and made known in the country of Iraq. The Gazette with this information is not available to us yet. We should see that in the Gazette. Until we are ready to go, that information will be kept quiet. Iraq is ready, they are complete.

Bruce: The rest of the world is moving forward. Europe has had a head start with their rates and banking system. I can’t tell if any exchanges taking place. The Forex is tradeable in other parts of the countries but not here. Our belief is it is just about our turn to go. That is the bulk of the Intel.


Posted by boersenwolf at 26 Oktober